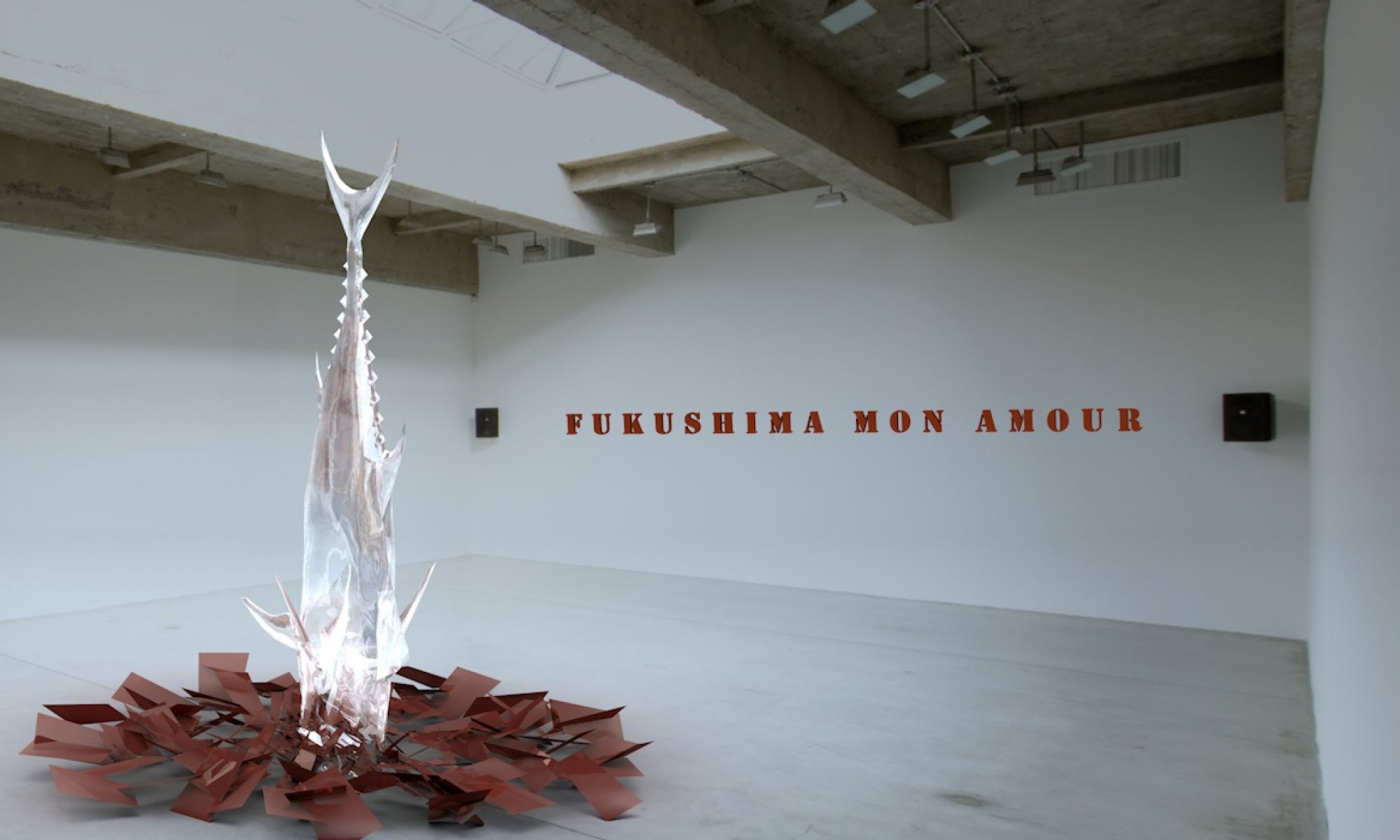 The Fukushima Daiichi disaster is a threat to the natural habitat of ocean life an a disaster for mankind in general. Releasing enormous amount of radioactive material into the ocean putting the entire oceanic ecosystem in that area at risk.

This video installation, using sound from a geiger counter, intends to point out toward these risks. By using the chemical symbols, Cs Cesium and Sr strontium, I focus on a danger human cannot see for itself. “…

However, Fukushima is having a bigger impact than just the West coast of North America. Scientists are now saying that the Pacific Ocean is already radioactive and is currently at least 5-10 times more radioactive than when the US government dropped numerous nuclear bombs in the Pacific during and after World War II.

If we don’t start talking about Fukushima soon, we could all be in for a very unpleasant surprise…. ”

Scientist measured a huge increase of the presents of Cesium 137 and Strontium 90 isotopes in the seawater around Fukushima. Daily substantial amounts of those highly radioactive isotopes are leaking into the pacific ocean. This is alarming, since the sooner or later this will end up in the food chain.

Manley children and young persons are vulnerable for those toxic elements. The real outcome will only be measurable when a rise of cancers as leukemia will occur in the decade to come. This installation, video and sound, tents to bring this problem to the foreground.

This is a Global warning!

Living in an era of dictated fear and so called fake news, people are consumed by hatred of the different. The question today about global warming and industrial pollution is not: “What are we going to do about it?”. This question we should have asked ourself decades ago, today we should start asking ourself: “How will we survive?”. Although there is a bigger risk ongoing @ this moment…

The Fukushima Daiichi disaster. This art installation, video and light sculpture accompanied with 3D sculptures and photo material intend to bring this problem in the spotlights. Fukushima mon Amour is an installation with a ‘Clin d’oeil’ to the famous movie of Alain Resnais and screenplay by Marguerite Duras.